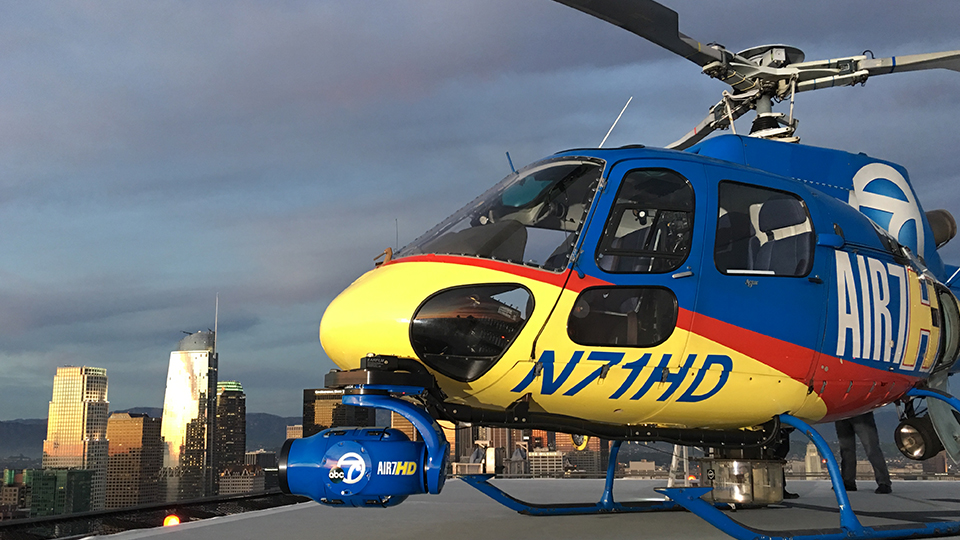 The NTSB says it’s pretty sure a news helicopter hit a drone over downtown Los Angeles last December, causing minor damage to the helicopter, which made a safe precautionary landing. There was a pilot and two passengers onboard the Airbus AS-350, which was operating as an electronic news gathering helicopter for the local ABC affiliate on the evening of Dec. 4, 2019. The pilot heard a noise and thought he might have hit a bird. He was at 1,100 feet and going about 110 knots while traveling to the site of the next story. After landing, the pilot found dents and scratches in the rear horizontal stabilizer and the tail rotor and changed his mind about what he’d hit.

The NTSB ran some tests on the damage and determined from the nature of the dents and scratches, plus the residue of polycarbonate on the helicopter, that it was most likely drone damage. “Although no drone was located, preventing complete certainty, all the available evidence was consistent with a collision with a small UAS.” The drone was well above the 400 foot ceiling for drone operations since it was more than 400 feet laterally from the nearest tall building. “It is not inconceivable that a drone operator could have been operating near the tall buildings, and deviated or exceeded the lateral requirements,” the board said.

Editorial Staff - August 5, 2020
No AirVenture this year, but AVweb is conducting a series of interviews with people and companies we would have talked to had...
© 2020 Aviation Publishing Group. All rights reserved.