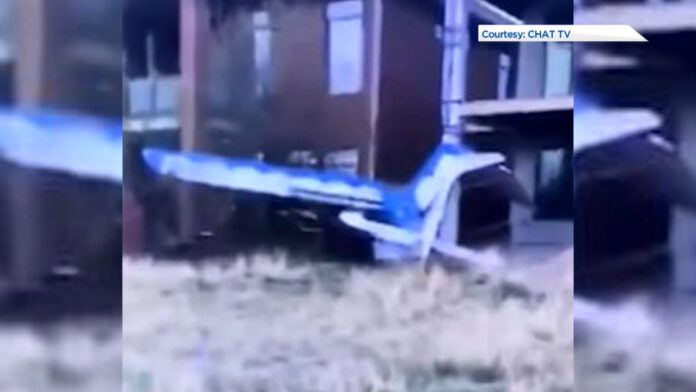 Canadian authorities are investigating after a Citabria with no pilot on board crashed into a house under construction in the southern Alberta city of Medicine Hat. Global News spoke with Jenman Luk, the owner of the house, who said the aircraft’s owner said the aircraft was undergoing maintenance at Schlenker Airport, a grass strip about five miles south of the city. “It just took off. Once the engine started, it just took right off,” Luk quoted the owner as saying.

The plane took flight about 8:30 p.m. on May 2 and the aircraft flew several miles before hitting the house, which is in a residential subdivision a little more than a mile from the city of 65,000’s main airport. The plane hit a deck across the back of the house and Luk said the damage to the house was minimal. There were no injuries. The Transportation Safety Board is sending investigators to the scene.