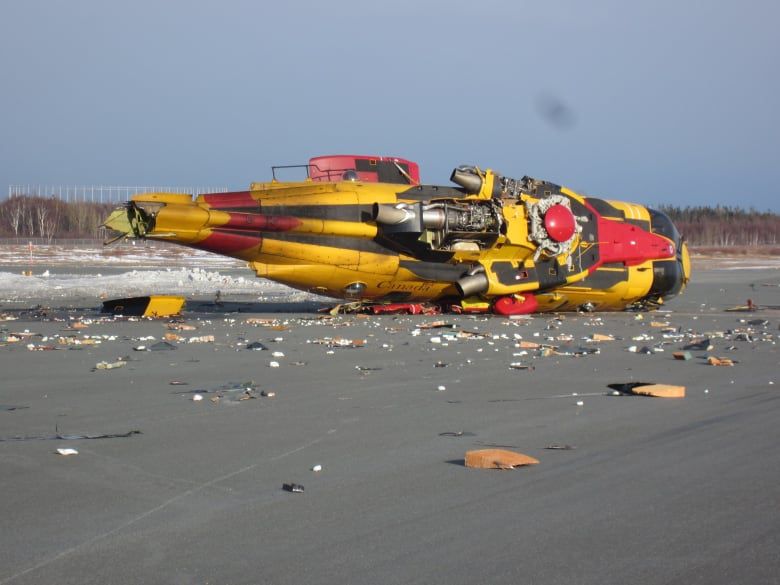 Canadian military investigators say a malfunctioning seat led to the loss of one of its search and rescue helicopters last month. The crew of the CH149 Cormorant was doing hover training above the runway at Gander International Airport in Newfoundland and Labrador when the mishap occurred. There were six crew on board and five were injured, two seriously. The aircraft ended up on its side and the tail broke off. All the rotors sheared off.

“During the final clockwise hover turn sequence, the pilot flying’s seat unexpectedly descended to its lowest position. The aircraft flight vector immediately reversed from a clockwise rotation to an accelerated counterclockwise left yaw about the aircraft mast,” an investigation report released Wednesday said. “As the aircraft continued to yaw left, the attitude of the aircraft became unstable resulting in an increasing right bank attitude. The aircraft rotated through approximately 400° and as the right rolling moment intensified, the right outboard wheel, the horizontal stabilizer assembly located on the right side of the tail section, and main rotor blades impacted the runway at 15:43 local time. There was no post-crash fire.”