Home AVWeb Insider So Why Would You Fly A 737 MAX? Or Not.
Print
Email
Facebook
Twitter
Linkedin 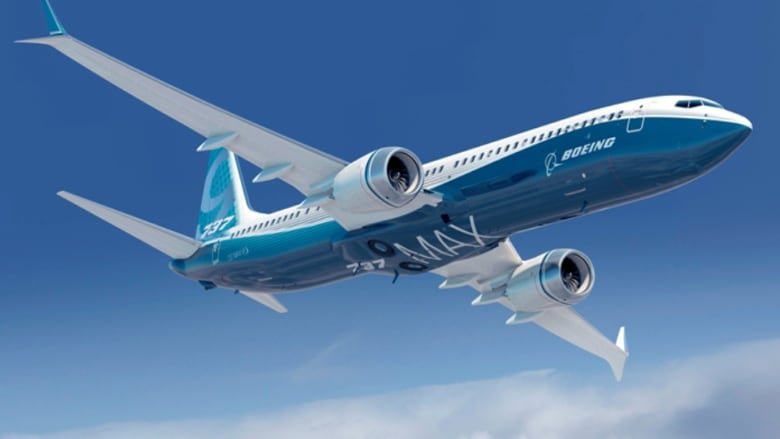 I usually write the weekly AVweb poll early on Sunday morning, sometimes before the caffeine jolt has fully engaged. Later in the day, I come back to it and test the poll plumbing by making my own selection. To this week’s Would You Fly a 737 MAX Now?, I answered an unconsidered yes. But before I pushed submit, I hesitated.

Why did I think that? How do I know what I think I know and is it a rational, reasonable conclusion? Not everyone is so sanguine. As of Tuesday morning, some 25 percent of respondents said they wouldn’t fly a MAX. That’s hardly what I would call a full-throated vote of confidence, especially from an aviation audience. When I was constructing the poll, I also segregated the same question limited to airline pilots. Nearly one in five of them said they wouldn’t fly it, either. Is that surprising? It is to me.

Now I’ll admit that this kind of polling is to science as a Cracker Barrel is to cuisine—or even edible food. And I’ll stipulate that I have no way to know if all of those 157 answers were actually from airline pilots, but I’m also sure that a lot are, judging by some of the comments a few sent along.

In writing my share of the dozens of stories we published on the MAX fiasco, at this juncture, my conclusion is this: The 737 MAX was never an unsafe airplane; it was a flawed airplane. It was a roof with a small leak waiting for a heavy enough rainstorm. It wasn’t as safe as it could have been. As it should have been.

During our coverage of the story, we quoted and talked to sources ranging from pilots to big-airplane certification experts who know more about jumping a new design through the cert hoops than I’ll ever know. None of them described the process and the results of the MAX certification as anything like normal. Or perhaps traditional.

We know, for instance, that Boeing added the problematic MCAS to the MAX to give it control feel and handling qualities similar to previous models of the airplane. We know that after the FAA reviewed the design specs, Boeing gave the system more stab trim authority to the extent that it could roll in full nose-down trim. And we know that Boeing didn’t inform the FAA of this change. We know that engineers inside Boeing questioned this design and we know that Boeing justified reliance on input from a single AoA vane because MCAS wasn’t a critical system. And we know a congressional investigation found grossly insufficient oversight by the FAA.

Perhaps if the crashes hadn’t occurred, these things would have remained undiscovered or if revealed, just embarrassing political fodder and three stories about corrective ADs. But 346 people died in two crashes and these oversights aligned to produce the biggest catastrophe in Boeing’s history. As the story matured, a conceit emerged. It was that the crashes would have never happened to a U.S. or western-trained crew, ergo, there was nothing wrong with the airplane to begin with. Personally, I reject this reasoning. In the age of modern certification—say since the late 1980s—airplanes have grown more complex and more automated. But designers have tried to and have largely succeeded in not making them into flying puzzle palaces larded up with gotchas.

Boeing argued that pilots are well trained to respond to runaway trim. It’s a memory item, as pilots would say. But the MCAS misfire didn’t present as runaway trim because it was intermittent, there was no evidence that it was active and the pilots didn’t even know it existed. Airline pilots I’ve asked about this say, yeah, a U.S. crew could probably have resolved it. That’s what I call 95th percentile confidence, not the 10-9 reliability we strive to build into the modern air transport system. In any case, as far as we know, no U.S. crew was ever tested with an MCAS abnormal. We have the luxury of speculation unblemished by an actual example.

But two of the three developing-world crews who were tested failed. Recall that the day before Lion Air 610 plunged into the Java Sea in October 2018, pilots who had flown the same airplane the day before encountered the same abnormal and, thanks in part to a knowledgeable jump seater, resolved it. They reported the malfunction and maintenance techs failed to diagnose it correctly and thus failed to fix it, setting up the accident scenario. In the subsequent Ethiopian Airlines accident the following March, Boeing said—rightly—that the crew had been briefed on Lion Air and had a specific procedure to resolve malfunctioning MCAS. But a procedure is not the same as capability.

That they could not recover the airplane should have removed the scales from Boeing’s eyes about training standards in the third world. That’s the real world Boeing is selling airplanes into and not the one we all wish existed or we imagine is even plausible. It seems reasonable that building a less flawed airplane would be easier than jollying along those airlines to improve qualifications and training. In a truly safe system, you’re supposed to do both.

To the original question, why did I say yes, I’d fly in the MAX? Because I flew in it before the fix, on one of Southwest’s factory-fresh MAXes that the flight attendant thought was on its second or third revenue flight. It reeked of that new car smell. Even after the crashes, I still would have boarded one. But probably not one flown by a foreign airline.

Some will argue that the MAX is now the most scrutinized airliner in modern history and well, it ought to be. I’m more interested in how the airplane was fixed. Specifically, the new version of MCAS is driven by both AoA sensors and locked out if they disagree by more than 5.5 degrees. MCAS will activate just once, not repeatedly, and it’s incapable of applying full nose-down trim.

If Boeing and the FAA hadn’t broken the standing certification review process, these fail-safes might have been installed in the first place because someone in those cert meetings would have reminded that when homo the sap is in the loop, he’ll never behave in predictable ways when confronted with a novel situation. The argument against installing them, I suppose, is: not needed. Events proved otherwise.

That we have two tragic crashes pretty much proves they aren’t just window dressing but real fixes for a real flaw. One airline pilot said he wanted more. He wouldn’t fly the MAX “until MCAS gets a third input: AoA or synthetic airspeed and a comparator routine to identify and ignore the outlier. As of now, it’s still a lipstuck pig.”

The cynic’s definition of cynicism is that it’s the smoke that curls up from burned dreams. I’m a subscriber. Having spent a lifetime in publishing, I know painfully well that when a mistake is made, the odds of the correction compounding the error approach certainty. But even I am capable of drawing myself back from the black precipice to summon the faint conviction that this time, they’ve got it right. And it will work.

As 2020 draws to its whimpering, pathetic close, here’s hoping some damn thing does.

AVWeb Insider Paul Bertorelli - January 17, 2021
The FAA and the airlines are developing a short fuse in handling unruly passengers. It should never have come to this.
Read more

Larry Anglisano - January 17, 2021
After years of soft premiums, the insurance market is turning harder. That means higher rates and insurability issues for aging pilots. Plus, your choice of aircraft can have serious ramifications for the cost and type of insurance coverage you can get—if you can even get the coverage you need. In this long-form video, Aviation Consumer's Larry Anglisano discusses the issues with three insurance professionals.
© 2020 Aviation Publishing Group. All rights reserved.