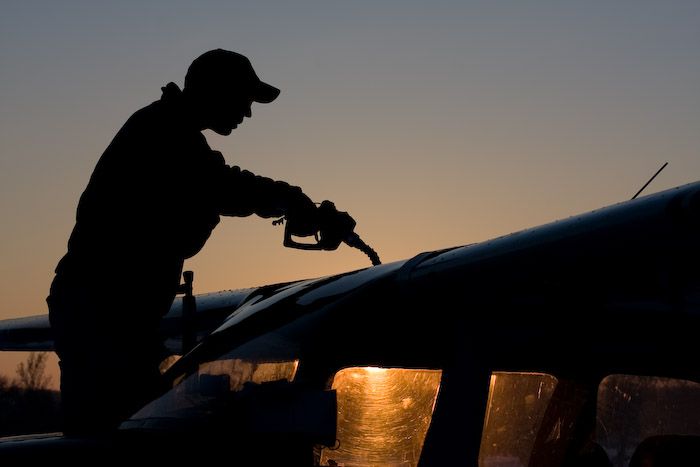 I was talking with Alan Klapmeier the other week about a topic we both hold, if not near and dear, then certainly in the top five reasons why general aviation remains such a frustrating backwater. The story he told me related directly to the slow-motion train wreck we’re watching as the industry stumbles toward finding an unleaded replacement for 100LL avgas. I would urge you to keep it in mind as you read news reports about “efforts” to find a replacement and how hard the FAA is working with “industry stakeholders” to find a solution.

But first, a word on the plumbing here. The stories in the AVweb news well are what we call straight news. Something happens, we describe it and report it as faithfully as possible, bereft of any opinion or comment. But, as the grizzled city editor once told the cub reporter, “we don’t print the truth, we print what people tell us.” In this space, the AVweb blog, we’re free to comment on what people say is going on between the lines but which they won’t commit to on-the-record comments for various reasons related to politics, economics and interpersonal relationships. This is a backdoor way of saying that what we report in the news well, quotes and all, is often tainted by industry efforts to have something appear to be true merely to support a desired narrative. That’s hardly unique to aviation.

Klapmeier’s story is relevant in that it shows how hidebound aviation can be. People who participate in it—that’s you and me—are generally conservative and resistant to change and many of the companies in the industry will say and do things to keep it that way. When Klapmeier was doing early work on development of the Cirrus, he gave a presentation about avionics and what he thought the industry needed going forward. It was obviously sophisticated glass. Someone in the audience asked a lot of curious questions and after the presentation, approached Klapmeier for more, leading him to conclude the company was interested in developing such things. But no, said the avionics person, he wanted to make sure such things were never built and needed to know how to achieve that.

Cut and paste this on top of the GAMI G100UL fuel project and things come into focus. First, some indisputable facts. There is now no government mandate for unleaded aviation fuel. The EPA is expected to issue a finding of endangerment against lead sometime this year, but it hasn’t happened yet. And even when it does, if it does, the timeline for rule making is at least three years out, if not longer. This is one reason the FAA’s EAGLE program can dawdle along for eight more years sleepwalking toward a possible solution. A handful of refineries now make 100LL and it is a profitable, if minor, product for them. Business inertia being a thing, there is no obvious reason why these refiners want to either stop making 100LL or rush into making an unleaded 100-octane fuel that could very likely cost more to manufacture and possibly have lower margin. In other words, an early migration to unleaded fuel is counter interest for them.

Aviation gasoline is, at best, a flat market. It has been gracefully declining since after World War II. In 1992—30 years ago—the volume was 860,000 gallons a day. Now, it may be stabilizing at about 500,000 gallons a day, but maybe less. It seems unlikely to grow. Phillips, Chevron, Exxon and Shell divvy up this market, but Phillips seems to have the largest chunk of it. Developing a new unleaded fuel is more expensive than you might imagine. Paul Millner, who worked in the refinery business for many years, estimates it might require $20 to $30 million. By oil company standards, that’s not a staggering investment, but it’s not a very attractive one, either, when the market is small and fractured. If I were a refinery manager, I’d probably say no to that project.

The airframers and engine companies obviously have a vested interest in a stable fuel supply. But what they absolutely, positively do not want is to get bogged down in a lot of expensive testing to approve these fuels for myriad engine and airframe combinations. They would prefer someone wave a magic wand at a fuel that is instantly approved for every piston engine. The possessor of that wand is the FAA and basically, by the power vested in the administrator by congress, the administrator can approve the process by which a fuel attains so-called fleet authorization—not the fuel itself, the process. That’s why the airframers and the engine makers are smiling signatories to EAGLE. It’s OPM—other people’s money—toward an approved fuel. They may also believe the EAGLE testing program will be more competent and thorough than GAMI’s was and, in any case, will have the full faith of the government behind it. This ignores, of course, that GAMI’s test program went on for 13 years and was minutely supervised and approved by the FAA. From what we can tell, the Wichita Aircraft Certification Office left no stone unturned in overseeing the GAMI testing, but the details remain opaque to the outside world.

In the middle of all this are the alphabets—AOPA, EAA, GAMA, NBAA. All of these organizations are supportive of EAGLE because that’s what the FAA desires and, through Congress, the agency will be the source of OPM to ever so slowly and uncertainly stagger toward approved fuels. GAMA has openly disparaged G100UL by suggesting liability concerns, the need for refining it under license and the inability to know the composition of the fuel. GAMA, of course, doesn’t represent pilots or owners, but aircraft manufacturers. In any case, the alphabets support EAGLE and are, at best, neutral toward GAMI’s STC approach to an approved fuel. They may be reluctant to publicly endorse G100UL for fear of getting sideways with the FAA.

The FAA’s intransigence in the final approval of the G100UL STC may be the result of a multitude of factors. As far as we know, the Wichita ACO did a thorough job of overseeing the test program and sent a complete package to FAA headquarters where it has languished unapproved since March. Resistance to approval may be related to the mess the FAA made in overseeing the Boeing 737 MAX project—bureaucratic gun shyness, if you will. Also, the agency may want to siphon more money from Congress to support EAGLE over the next eight years in an environment where the EPA still hasn’t legislated against lead in aviation fuel, where there is no groundswell of demand for unleaded gas and where 100LL is still available. It’s not known if the oil companies who have a vested interest in the status quo exert enough influence on the FAA’s bureaucratic minutiae to stymie the approval, but their resistance doesn’t help. There could be other factors we don’t know about.

In the Technical Advisory Board review of the STC, the issue of detonation testing was raised. Evidently, the TAB questioned how the GAMI testing was done, even though it was completed under a method carefully reviewed by the FAA itself, including what expertise was available from FAA HQ. This review is not an unreasonable thing to do, given the stakes. However, having done it, FAA HQ will now need to lead the Wichita ACO line by line, data point by data point through the process to reveal where they went wrong. Detonation testing may have been a dark art once, but it isn’t now. It doesn’t take Merlin the Magician to figure it out.

If questions about detonation are other than a smokescreen to simply delay the STC approval and preserve the status quo, the FAA will have to produce hard data on the right way to do detonation testing. Thus far, it has not and has refused to explain why or why the approval remains in limbo. The TAB raised other issues, but without agreement on detonation protocol, the others don’t matter. As it proceeds with EAGLE, the FAA will have to reinvent this wheel and I’m sure we’ll be writing stories about how complicated and difficult this process is, all of which serve maintaining the status quo.

Ideally, in a world unconstrained by reality, you can imagine a testing program far more ambitious than GAMI’s STC work. It could include thousands of hours of detonation testing in test cells and fleet trials over a year or two in various operations and climates. Maybe three or four fuels could be trialed and compared. The FAA would have to fund this because it’s very unlikely that industry will. And honestly, is this problem so difficult to require much less justify this kind of effort and expenditure? Personally, call me skeptical. To insist that it does strikes me as just more loving the problem, as former Lycoming general manager Michael Kraft was fond of saying. He, by the way, wanted the FAA involved but opposed fuel approval by STC.

If the GAMI STC were approved, thus rattling the status quo, GAMI and Avfuel, which will manufacture and distribute G100UL, face the daunting challenge of selling an unleaded fuel in a market that doesn’t require it and which will be more expensive. The fuel would probably gain traction in California and among pockets of early adopters elsewhere, but this is far from a certainty. A profitable, going operation is by no means assured but the risk will be shouldered by GAMI and Avfuel, not by the FAA nor backed by taxpayer dollars. In my view, the sales rap for unleaded fuel doesn’t relate to health concerns, but cleaner running engines with less plug and valve fouling and maybe longer TBOs.

As EAGLE unfolds, we will duly cover all the meetings assuring us that it is on track to approve a fuel or fuels by the end of 2030. This will give the impression that the problem is so difficult that a massively funded, multi-year program is necessary to really solve this problem, thus allowing you to believe the GAMI STC approach is somehow inadequate. Could this, in fact be true? In my view, the best and only way to find out is to approve the STC and get G100UL in the field. It is supported by a good-faith testing program buttressed by a mountain of FAA-approved data. But there’s nothing like real world experience to reveal the cracks in a concept and if G100UL fuel isn’t what GAMI says it is and falls short, then it will either get fixed or it will fail. Anyone who thinks about this honestly should accept that this is a possibility, but that’s simply not a valid reason to withhold approval. Yes, there’s risk here. But that will be true of whatever Shell, Phillips, Swift or anyone else comes up with. Fear of failure is not justification for blocking progress in favor of the status quo.

Neither is the claim that a license-refined fuel would create an anti-competitive monopoly. Nothing is stopping other companies from entering this space other than lack of will. If G100UL gets into the market and finds success, the status quo will wobble and this appears to be the last thing FAA, the established fuel suppliers and industry stakeholders want, at least for the next eight years. I would suggest you filter all you hear and read about EAGLE through that lens.

AVWeb Insider Paul Bertorelli - October 1, 2022
We may resist upgrading hangars and houses to reasonable hurricane standards, but the climate Darwinism brought on by Hurricane Ian has forced the issue.
Read more

Editorial Staff - October 2, 2022
As with real estate, with hurricanes and airports, location is everything. This security camera footage from Ft. Myers, Florida, during Hurricane Ian on Sept....
© 2022 Aviation Publishing Group. All rights reserved.