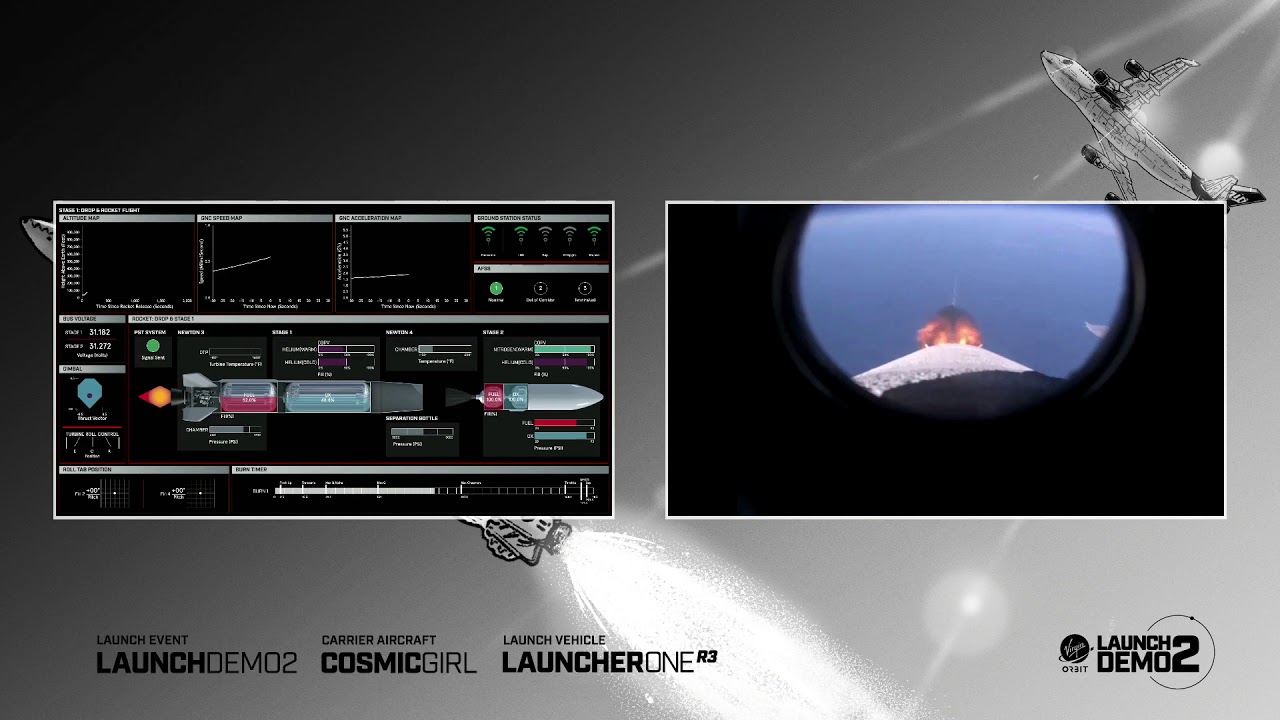 Virgin Orbit joined the commercial space race Sunday with the successful air launch of a rocket that boosted a payload of small satellites to low earth orbit. The 70-foot rocket, nicknamed LauncherOne, rode under the wing of a modified Boeing 747 to altitude over the Pacific where it was released. All the engines and systems worked and about two hours later the payload reached its targeted orbit. “Payloads successfully deployed into our target orbit!” the company tweeted. “We are so, so proud to say that LauncherOne has now completed its first mission to space.” There was, of course, a video camera attached.

The orbiter carried nine “tiny satellites” for NASA’s Educational Launch of Nanosatellites (ELaNa), a program allowing high school and college students to design and build satellites. NASA paid for the launch. The little satellites will conduct a variety of scientific experiments in orbit. The company already has more customers lined up for future launches.