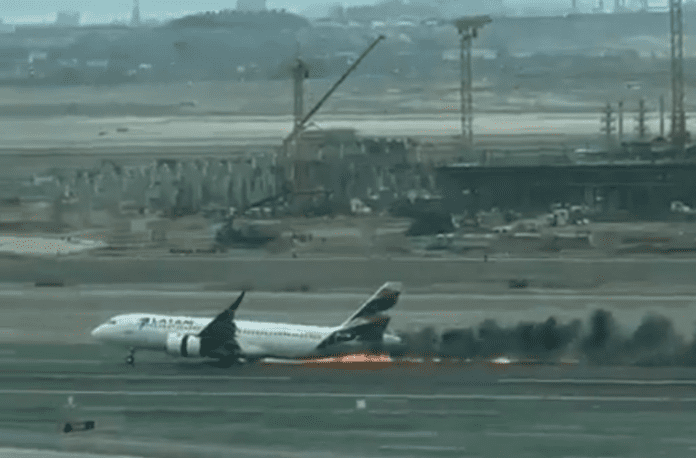 The International Federation of Air Line Pilots’ Associations (IFALPA) is protesting the arrest and incarceration of the two pilots operating the A320neo that was hit by a firetruck on a runway in Lima, Peru, last week. Immediately after the accident, which killed two firefighters and injured a third but didn’t result in any injuries on the aircraft, police hauled the two pilots off to jail where they were held for almost two days. The union says the action violated all manner of protocols and conventions regarding accident investigations. “In no circumstances is it appropriate to question the flight crew of LATAM 2213 in the immediate aftermath of any accident or incident until they have been professionally evaluated by qualified medical personnel,” the union said in a statement. “The evaluation is to help determine their mental and physical fitness to contribute accurate information to investigators.”

The accident happened Friday morning and the pilots were in the local jug until Saturday night. It’s not clear if they are still technically under arrest or investigation. The pilots were at the controls of the airliner as it barreled down the runway at Jorge Chavez International Airport. They were approaching V1 at a taxiway intersection when a firetruck taking part in a drill pulled onto the runway and hit the right landing gear and engine on the aircraft. The plane’s fuel tank was breached and caught fire but other firefighters behind the one that hit the plane quickly brought it under control. The firetrucks were testing response times to a new runway that will open in January and it has been alleged they did not have clearance to enter the runway.