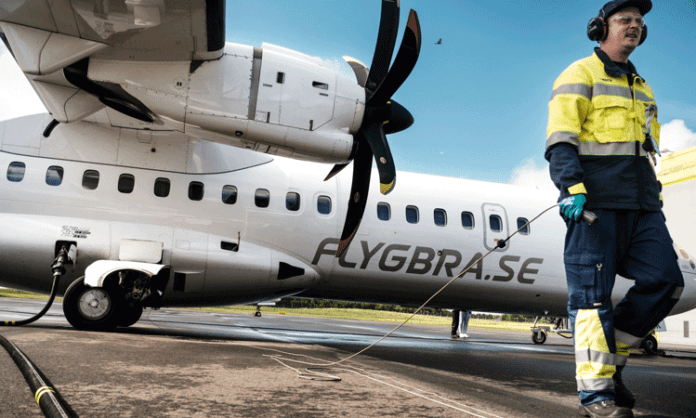 A Swedish regional airline is claiming the first flight of a commercial airliner with all the tanks filled with sustainable aviation fuel (SAF). Braathens Regional Airlines flew a prototype ATR 72-600 with artificial kerosene powering both engines. ATR, the airline and an unnamed fuel producer have been testing the concept for a year and got rid of the safety net this week.

“Today is a historic day for aviation. After more than a century of commercial flights powered by kerosene, we are at the dawn of a new era,” said ATR CEO Stefan Bortoli. “The flight represents a true milestone for the entire aviation industry as it shows that this technology works and can be promptly adopted by many in our industry to speed up the transition to low-emission aviation.”