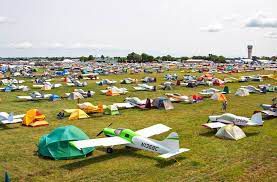 Fatal accidents in experimental aircraft jumped about 25 percent last year compared with the previous year, and EAA says “focused efforts to enhance safety even further remain essential.” In a news release, the organization says the 56 fatal accidents in the year ending Sept. 30, 2022, was up from 42 in the previous 12 months. That’s still less than the historical average but it’s not to be taken lightly, says Sean Elliott, EAA’s VP of advocacy and safety.

“The fatal accident totals, for both amateur-builts and experimental aircraft overall, remain 30 to 35 percent below where they were just a decade ago, including when looking at the three-year rolling average on which the FAA bases its annual not-to-exceed number,” said Elliott. “While that’s good news, we never want to see an annual increase in the totals. That’s a reminder that we all must continue to work to make safety the top priority even with the small numbers we see each year.”

Of the 56 fatals, 39 were in amateur-built aircraft and EAA said the increase mirrors the increase in general aviation activity as the COVID pandemic eased. Elliot said homebuilts crash mostly for the same reasons that certified aircraft crash and not usually because they’re homebuilts. “It shows that the accidents overwhelmingly do not occur because a pilot is flying an amateur-built or experimental aircraft, but because of factors relating to pilot decision making or flight procedures,” said Elliot. “Those are areas where EAA safety programs and resources can make a difference.”